You are here: Home1 / Coast To Coast2 / Arrival In New York

To The Big Apple

I leave home at 10.05 am and arrived at Heathrow Terminal 5 around 10.40 am, a good run with very light traffic on a Sunday morning. I get straight through Fast Track security and go into the BA Concorde Room, away from the hoi-polloi in general Departures. This is a perk of my flight ticket this year. I’m travelling First Class on the flight to New York as a treat following a tough year for me personally.

The lounge is nice, quiet and civilised as you would expect. At the appropriate time I leave and go to the gate. The gate opens a few minutes later and I’m one of the first people to board. To cut a long story short, it was great First service all the way through the flight. We land on time at 4 pm at John F Kennedy International Airport near New York. I’m third off the plane and soon through Immigration.

I’m spending a few days in New York City where I will walk and take the subway to get around. Hence I’m delaying getting a car until the day I leave the city. So I’d pre-booked a SuperShuttle to take me to my hotel on Manhattan. However its arrival at my terminal keeps getting delayed and despite the quick transit off the plane, I don’t board the shuttle until 4.50 pm.

“Crosstown traffic, all you do is slow me down” *

The traffic around the airport is bad, but not as bad as the journey into Manhattan. This is in part due to an accident on Van Wych Expressway. However once actually in Manhattan, we’re just crawling along. I suppose this was to be expected. Plus I’m second to last to be dropped off from what was a full shuttle van. So two hours (!) after leaving JFK I finally get to the Washington Square Hotel, in the heart of Greenwich Village, New York City I’m not a happy chappie.

It’s an old style hotel and the reception guys are friendly. The room is ‘compact’ but it’s in good condition generally. The bathroom however is small. After sorting a few things out I venture outside and cross the street into Washington Square Park, just across from the hotel. It’s a warm evening and fully dark by now. The Park is full of people of all ages, with musicians and street artists entertaining the crowds, plus folks just sitting on the park benches shooting the breeze. It’s a great atmosphere as I wander through. There’s a big fountain in the centre, plus a large arch like the Arc de Triomphe, both lit up beautifully against the night sky.

I leave the Park and head to MacDougal Street to find the legendary music venue, Café Wha? It’s not open when I get there, so I walk up and down the street, which is thronged with mostly young people. There’s a real buzz and vibe in the air. The street is lined with bars and food joints, and I pop into the MacDougal Street Ale House for a beer until Café Wha? opens at 8.30 pm.

The club is a few minutes late opening but once inside I get taken to a table. There’s a waitress service for drinks, so I order a beer and await the House Band to start playing. They eventually do around 9.20 pm and are pretty good. They’re playing a large variety of covers, with different singers taking lead vocals. Amongst others they play Superstition, Valerie, Sweet Home Alabama – and of course, Purple Rain. There’s a video of the House Band below. By the time they take their mid-set break I’m flagging a bit with jet lag, so I settle my bill and depart. 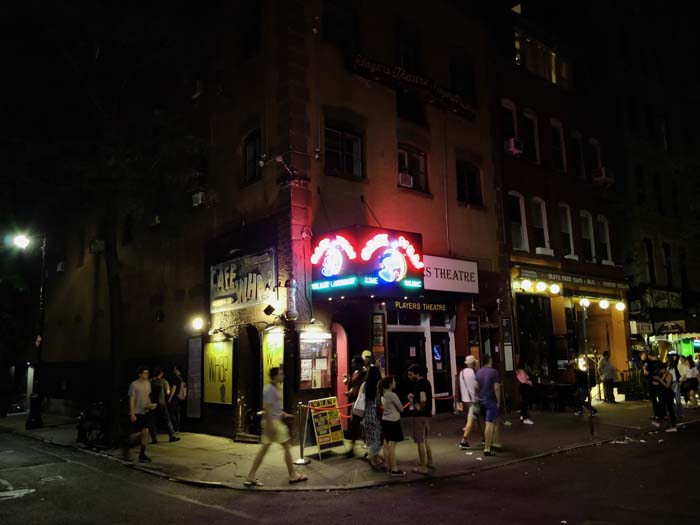 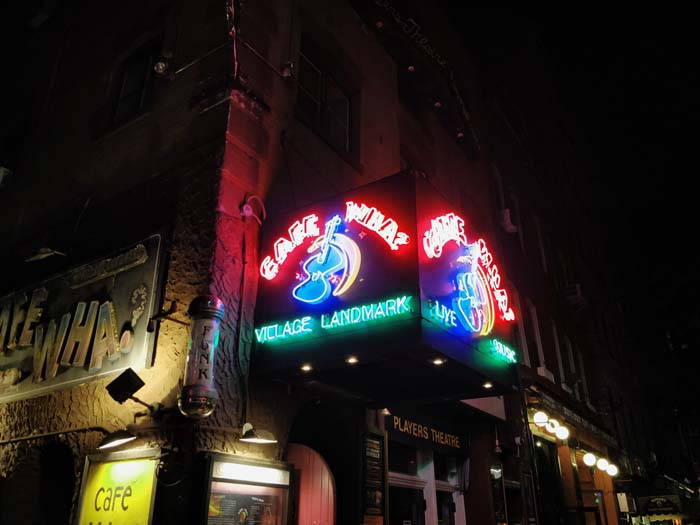 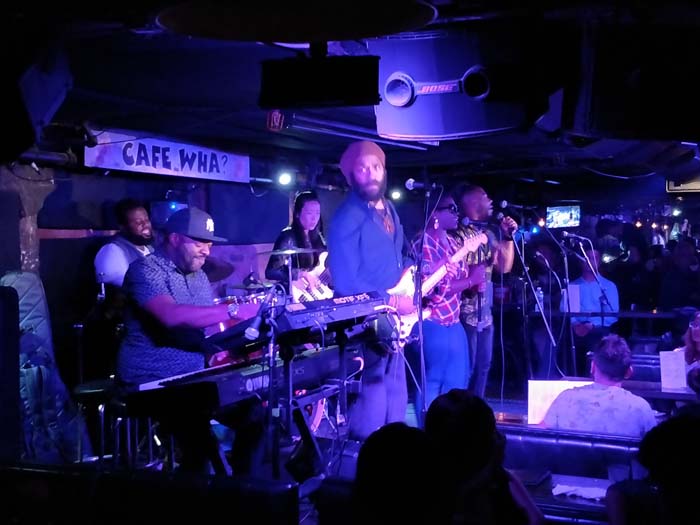 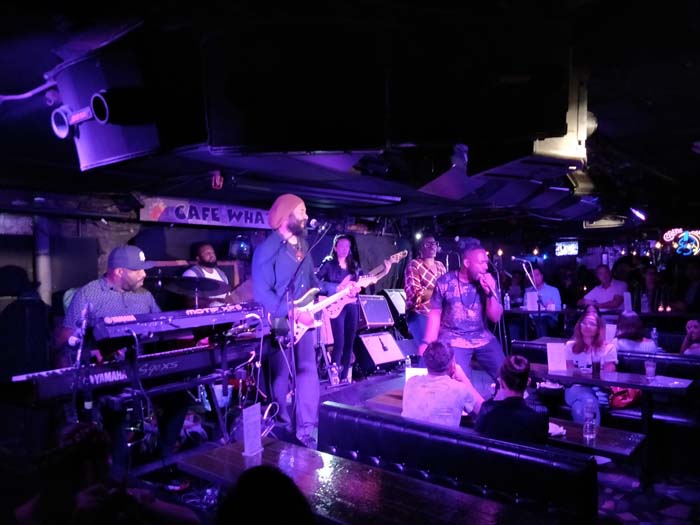 MacDougal Street is still full of people and still buzzing. There’s a great vibe in this part of Greenwich Village, a district I’d not visited before in NYC. It’ll be interesting to see what the next two nights hold, if the buzz is all around the Village at night. I get back to the hotel and eventually hit lights out around 11 pm.