Possibly The Best Trip Yet

Really? Maybe… It was certainly the longest in miles driven at 2902. Add on the 1464 miles that I flew from Austin to San Jose and that’s a lot of miles to cover in 21 days! 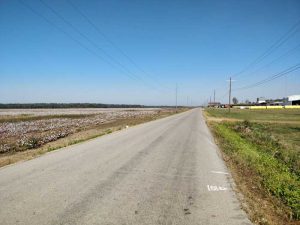 I seemed to do much more ‘stuff’ on this trip. There was lots going on, a real variety of things and places that I saw and visited.  It was almost a relentless pace but I didn’t ever feel stressed by it at all. I also didn’t stay anywhere more than two nights, which was a change. It was just how the itinerary worked out and, in looking back now, I don’t see this as a problem.

However I do probably need to review my daily schedule and timings on the next trip. It appeared that I was arriving later at hotels on this trip, around 5.30 to 5.45 pm, or later. In previous years I think I was getting to my new ‘home’ for the night around 5 pm or even earlier. But that could just be the mists of time blurring my memory! And this could just be a consequence of there being bigger distances between my stop-over points on this trip. That’s definitely the case in comparison to the Pacific Coast Highway and Sierra Nevada trips of the previous two years. I didn’t leave any cities any later in the mornings either, it was the usual 10.30 to 11 am, unless there was a specific reason to be out earlier, like visiting the Clinton Library and knowing there was a long drive ahead in the afternoon.

Someone asked me soon after I got back to the UK what was the “best bit”. I couldn’t answer. “All of it,” was my cliched reply then. I’m still not sure if there is a “best bit” even now, a few months later. The Pro Football Hall of Fame was great, I loved the day in and around Muscle Shoals, and it was great to go back to the Delta and Clarksdale again. The music experiences on 6th Street in Austin were excellent, the 49ers visit was great again – despite the result – but I think now that the day in Clovis to see the Norman Petty Recording Studios might just shave it, in part because of its historic significance for popular music worldwide.

But now it’s early 2018 and the planning starts in earnest for this year’s adventure!