The Tour is excellent, almost access all areas, and the guide gives a good commentary especially about the upcoming SuperBowl 50 and its relevance plus of course there’s loads of 49ers stuff to see as we walk. We tour all around the Stadium, right up to the roof, inside the press area, into a Club area (similar to the one I was in last night), into the visitors dressing room – the 49ers’ locker room is out of bounds though – and onto the pitch via the players tunnel. It’s a very good tour, well worth the time and money. 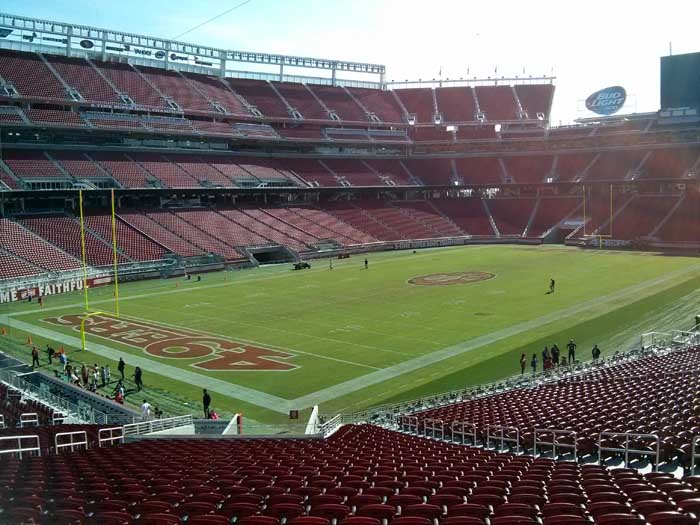 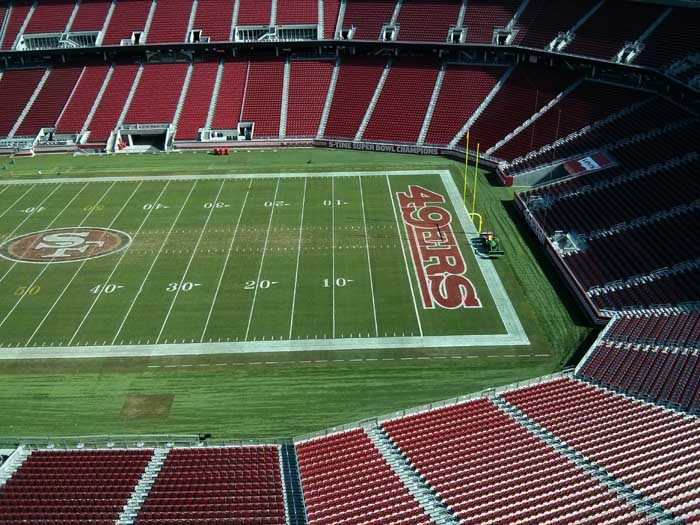 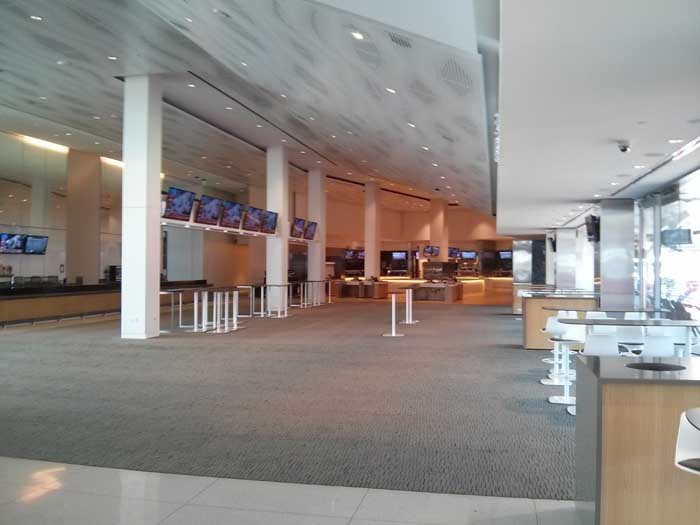 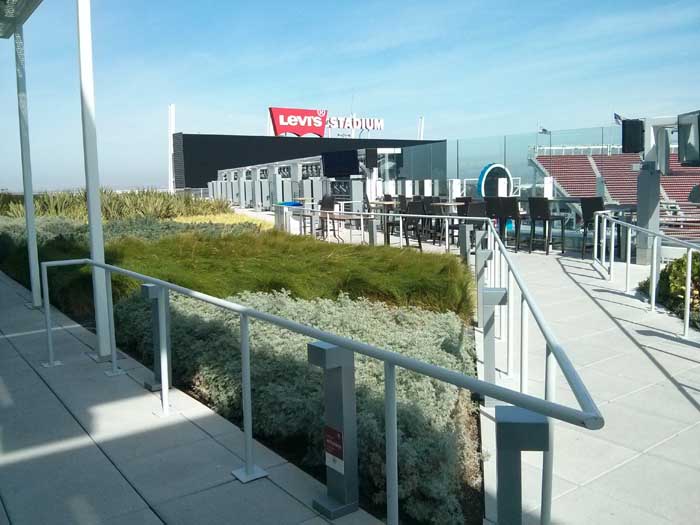 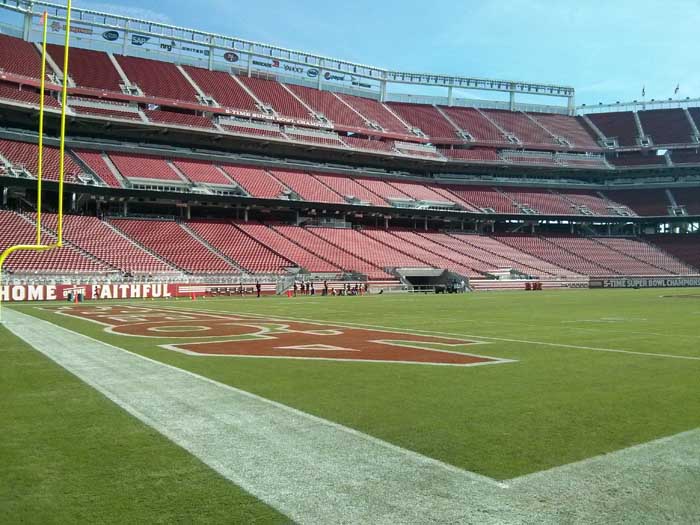 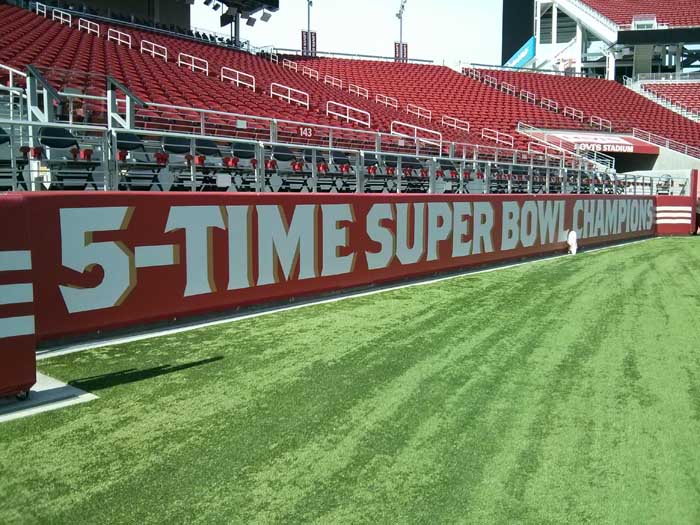 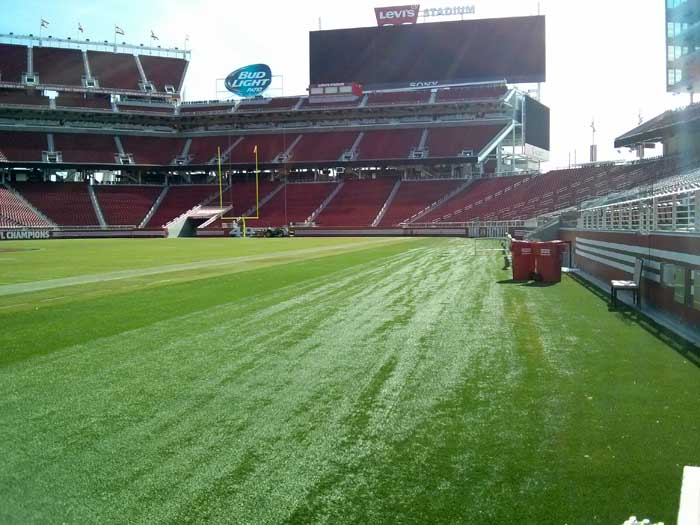 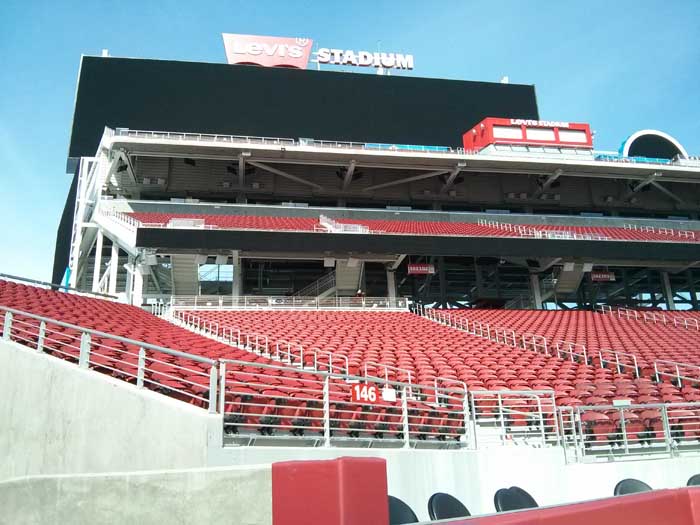 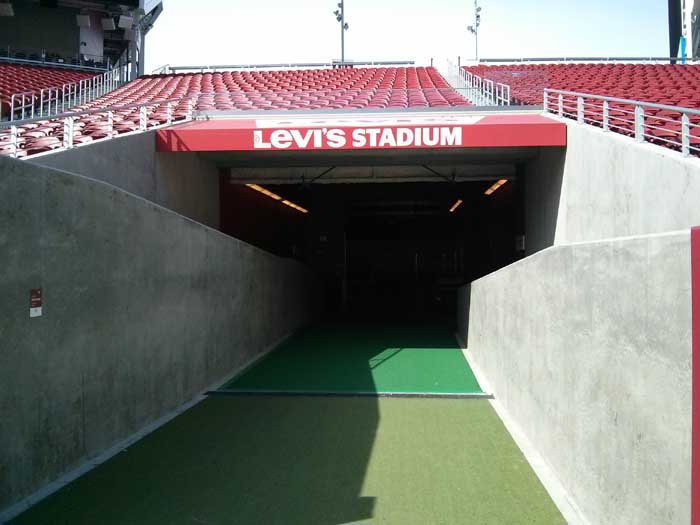 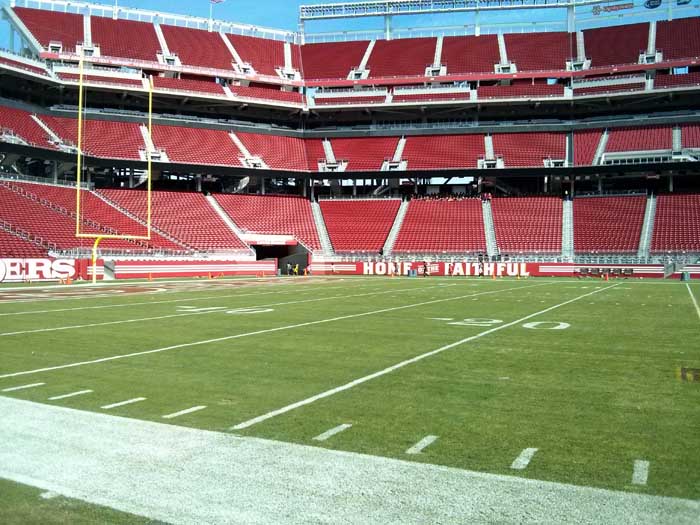 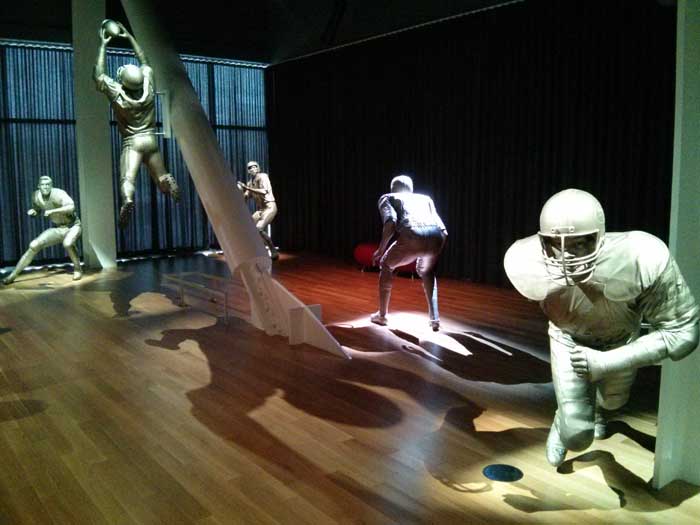 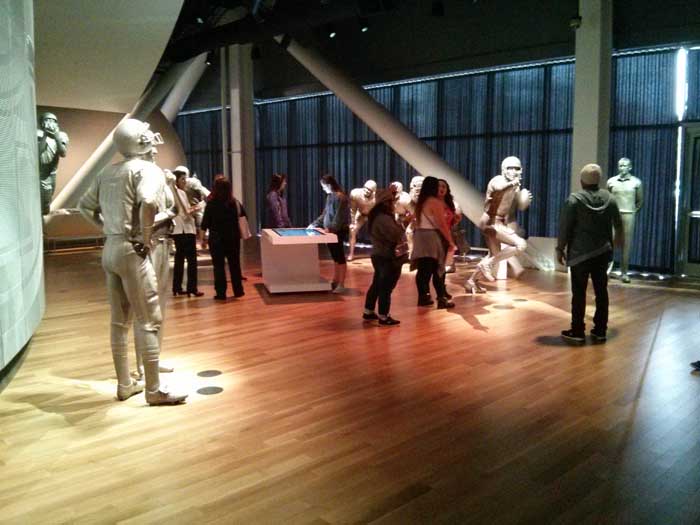 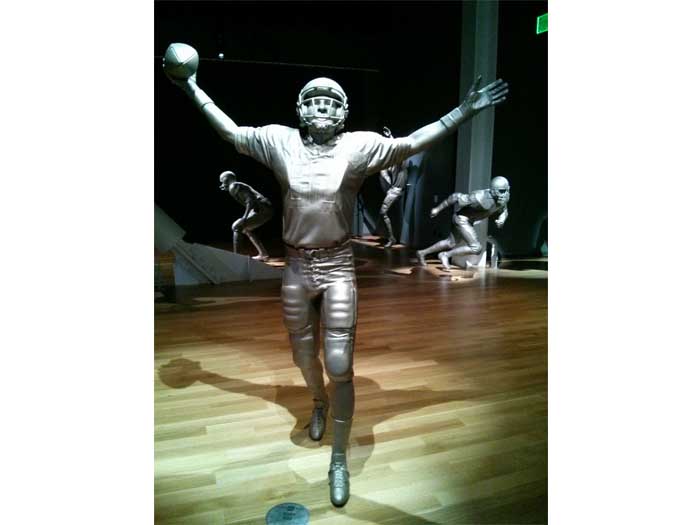 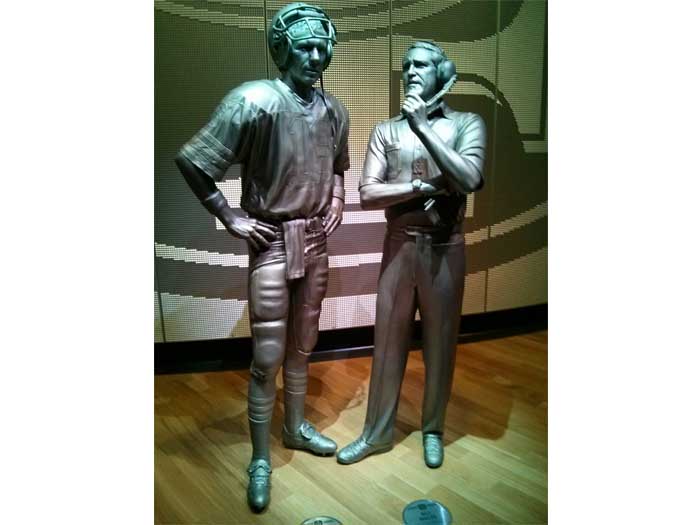 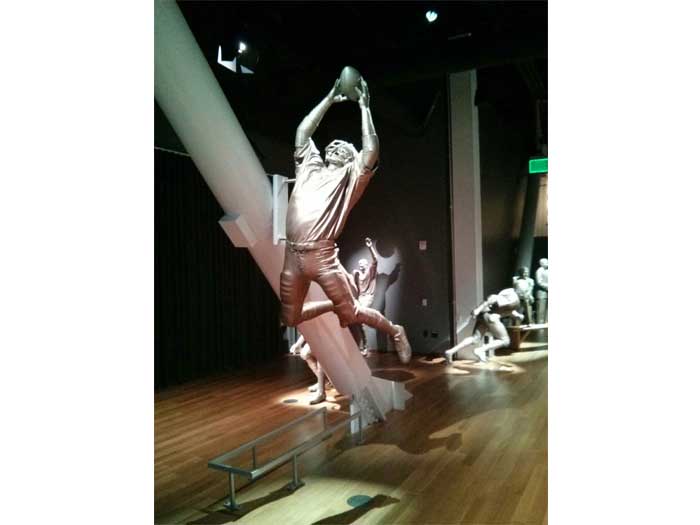 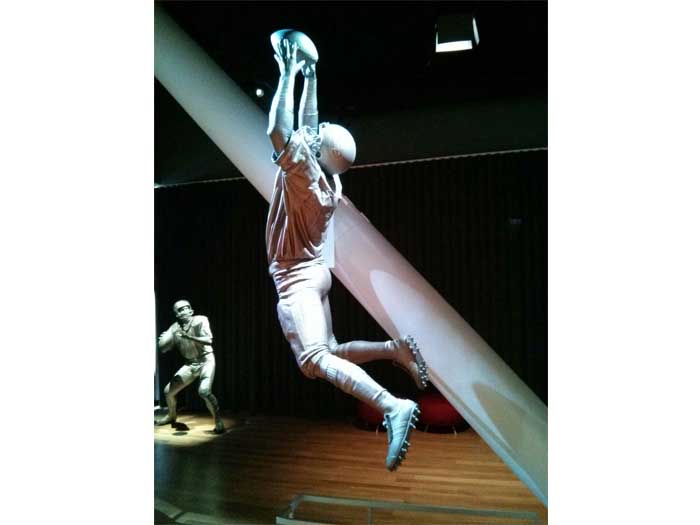 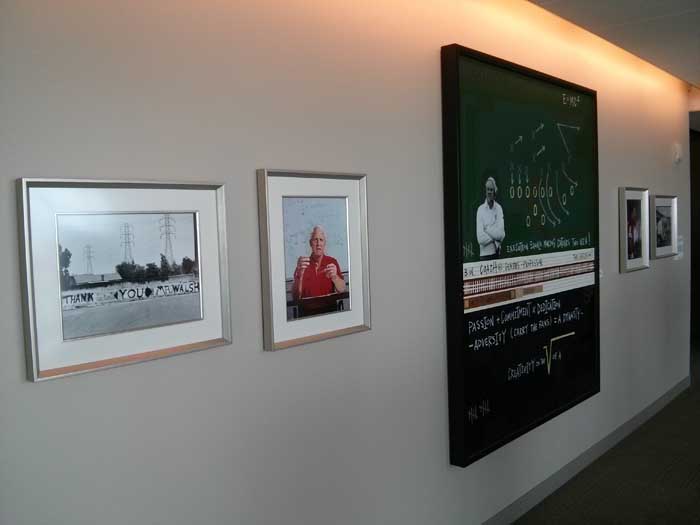 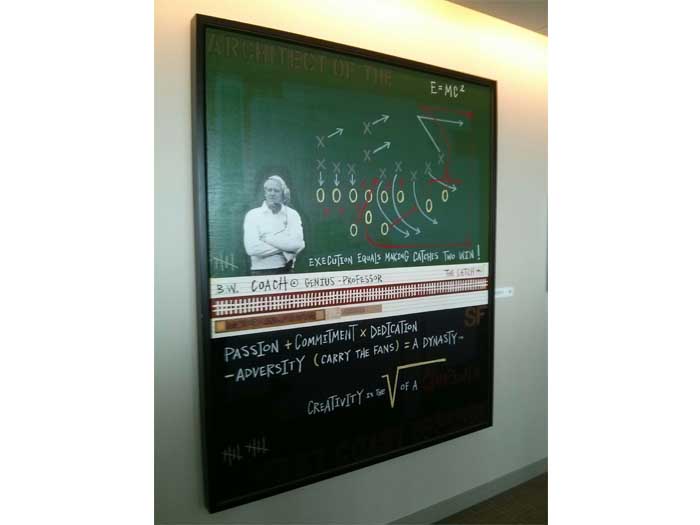 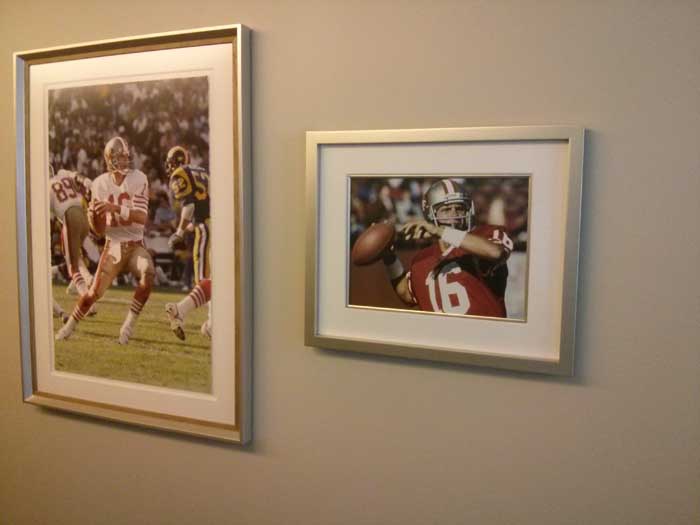 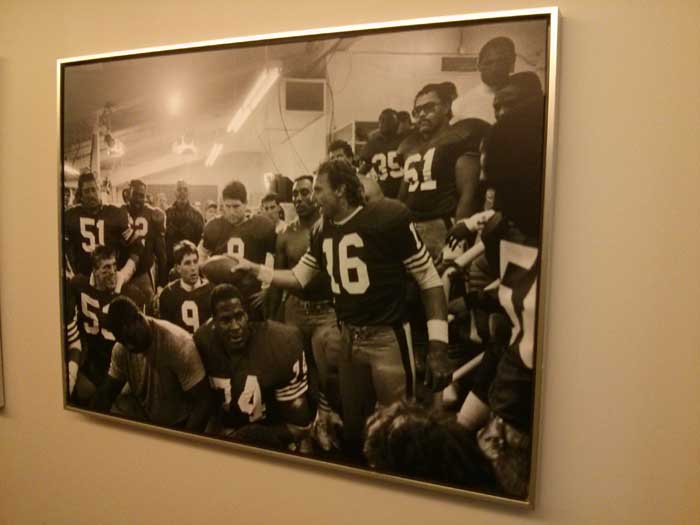 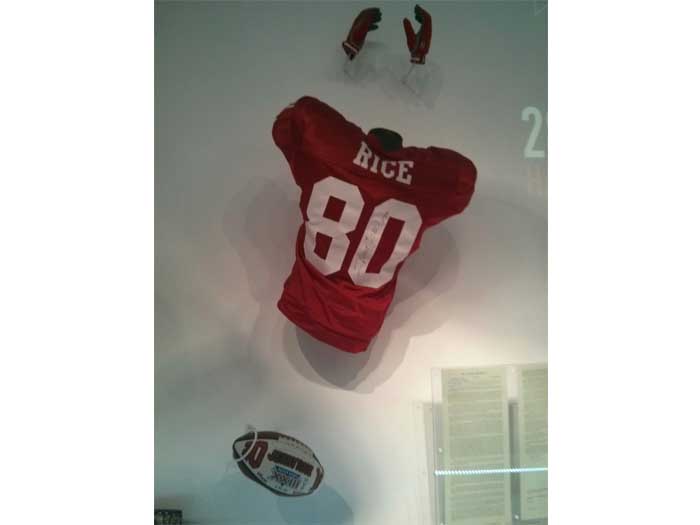 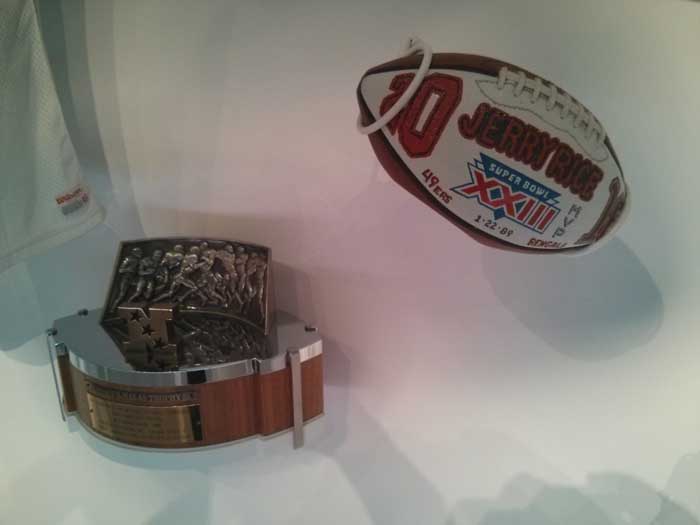 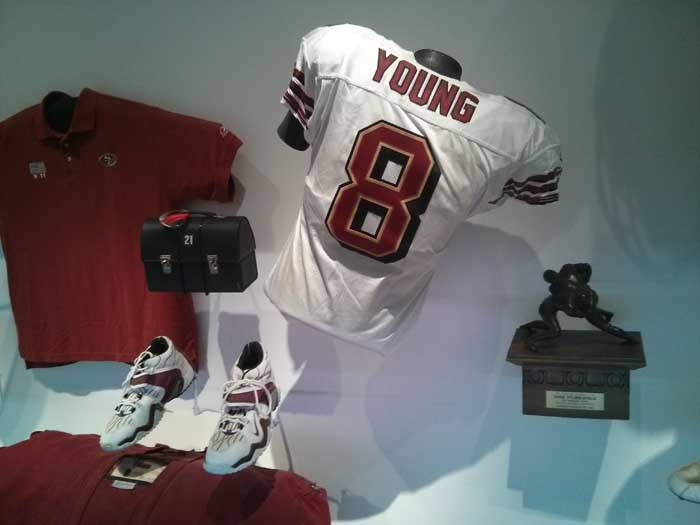 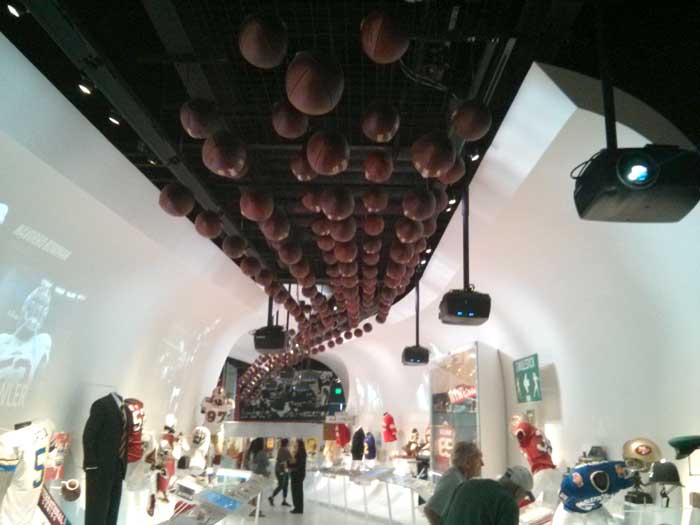 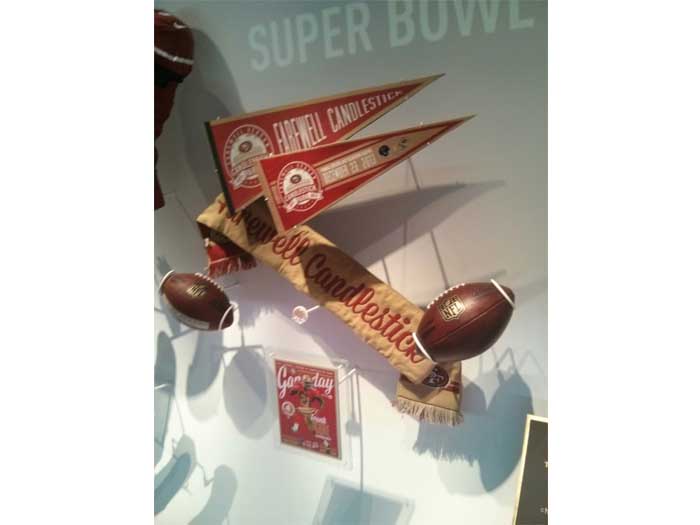 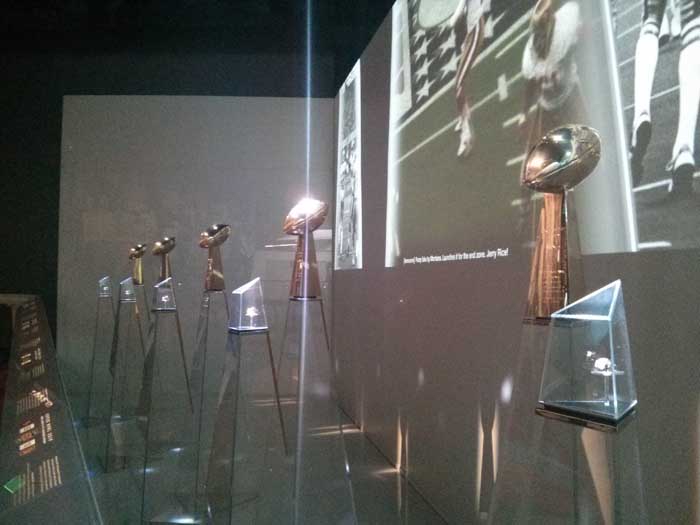 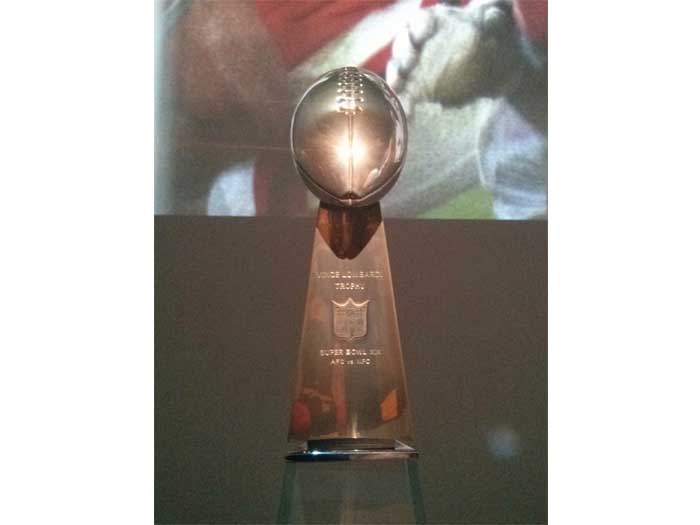 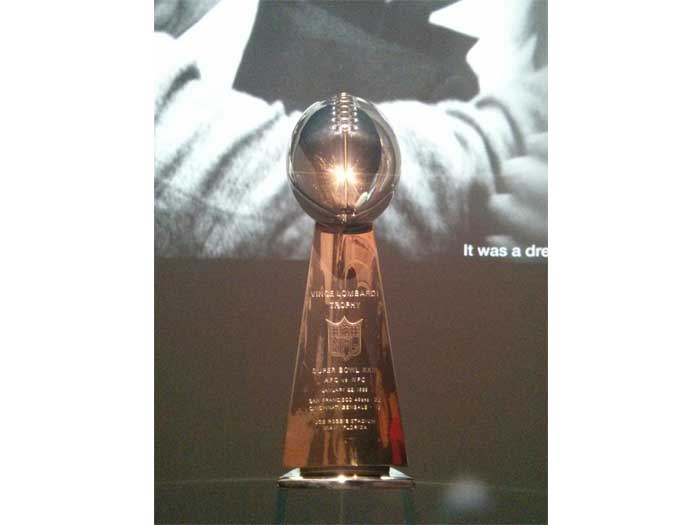 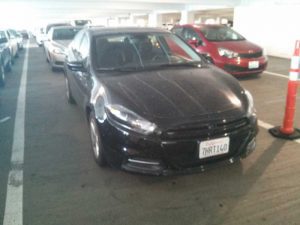