You are here: Home1 / Coast To Coast2 / Return To Chicago

“Take me back to Chicago” *

I’m still waking up early, which is not a bad thing I suppose, so I’m down for breakfast at 9 am. Finished by 9.20 am, I’m outside soon after to finish my walking tour. The city is practically deserted. I’d have expected loads more people milling about on their way to work, and there’s hardly any traffic either. Most strange. It’s so quiet, it’s surreal. Anyway, I carry on with the rest of my tour. Detroit is a typical US city downtown, there’s some interesting stuff from the last 100 years or so, but not a lot. You can see they are trying to create and build something for future generations though. This is not a criticism, just a fact. I like the People Mover though, it’s really cool, and I catch it back from mid-downtown when I concluded my tour, to the stop nearest the hotel. 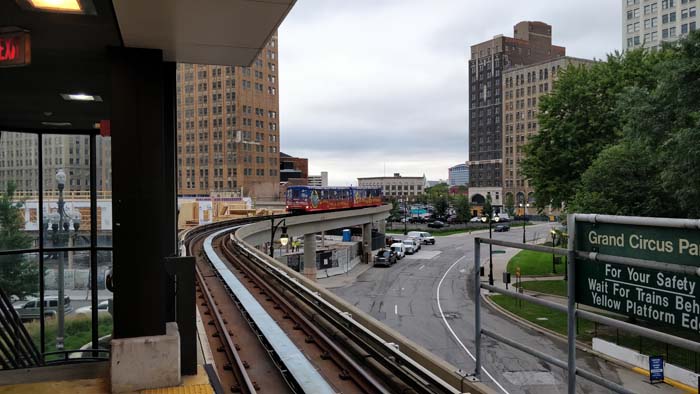 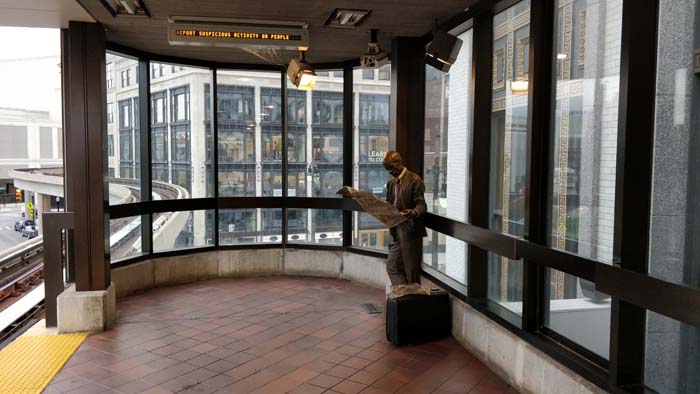 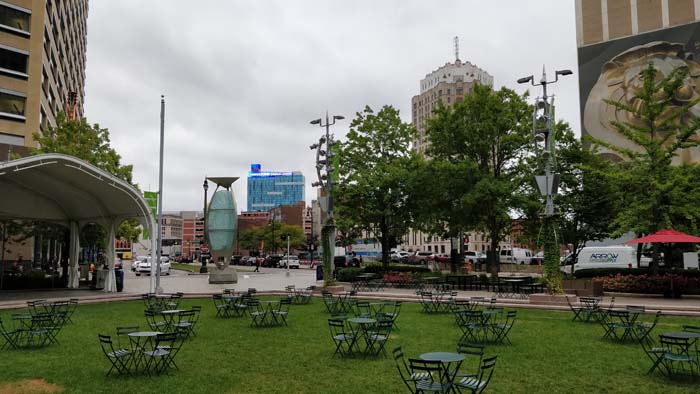 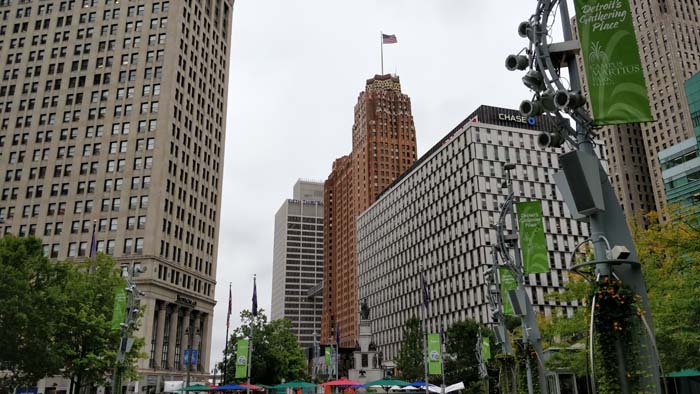 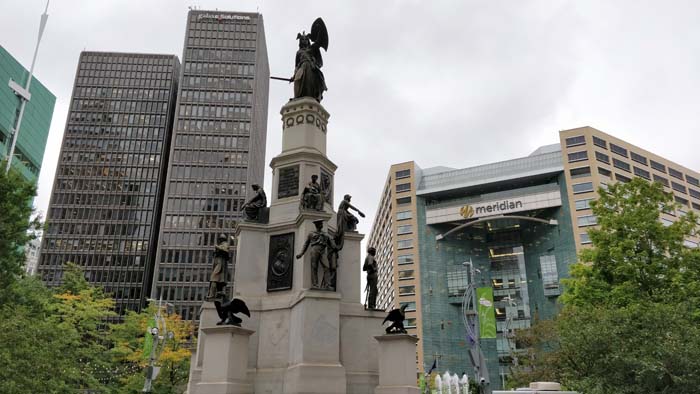 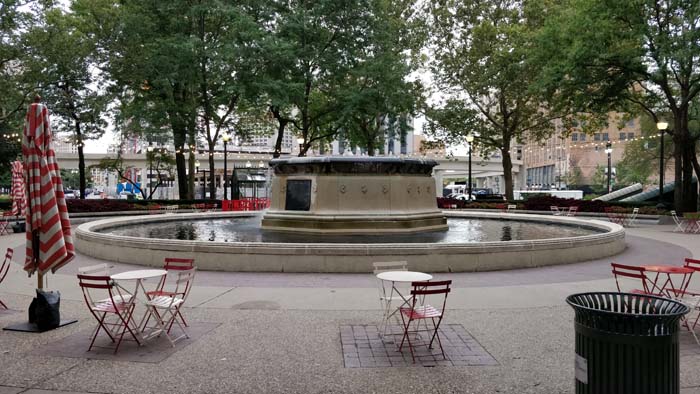 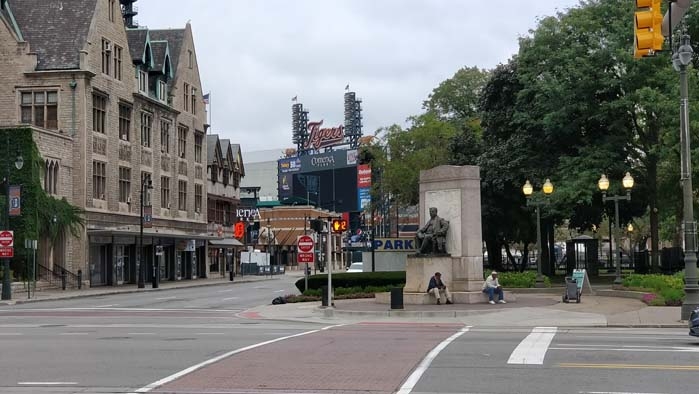 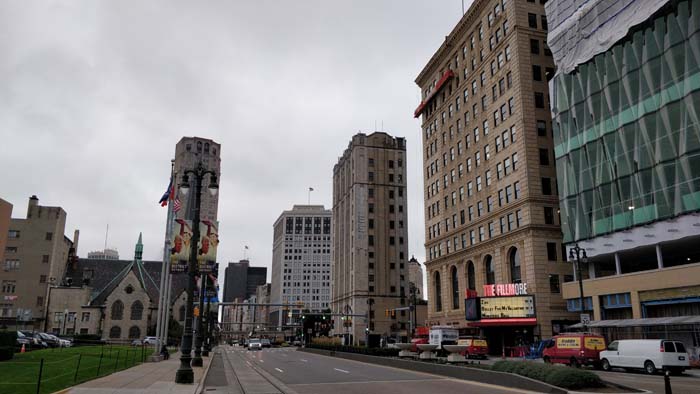 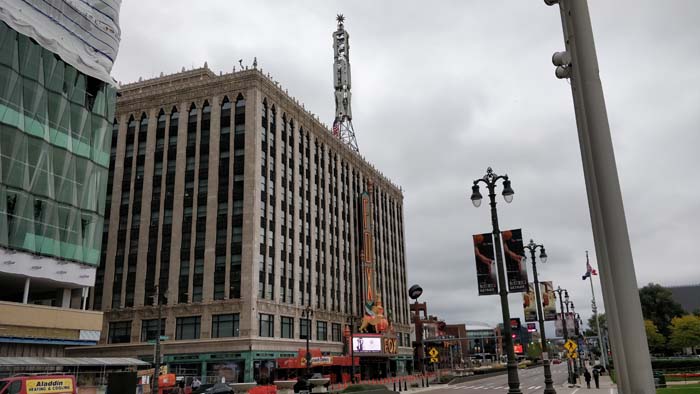 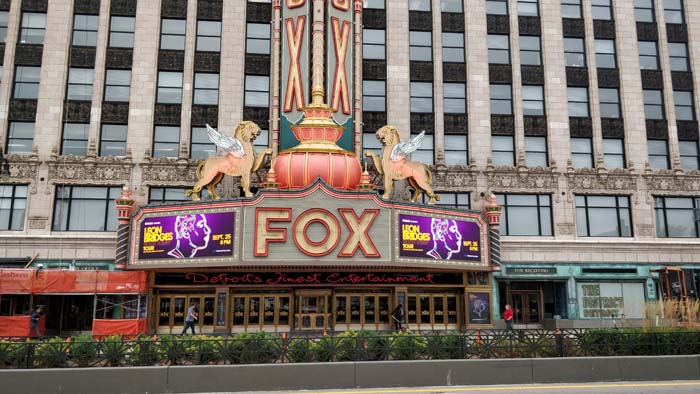 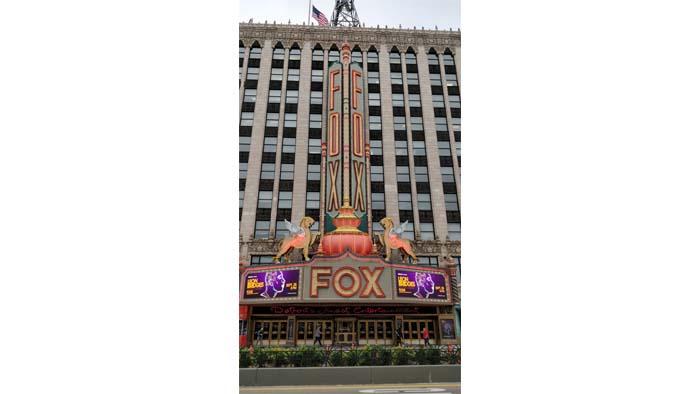 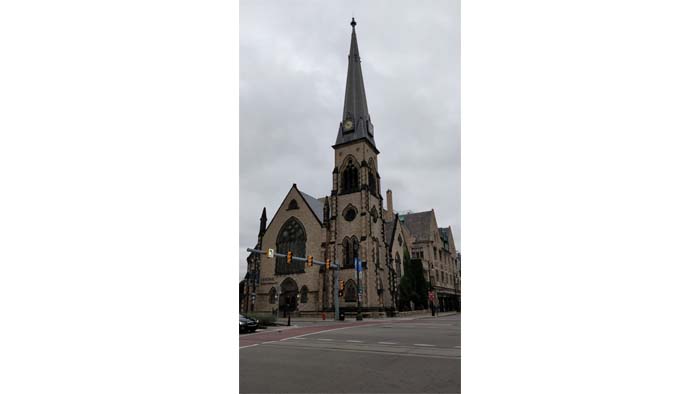 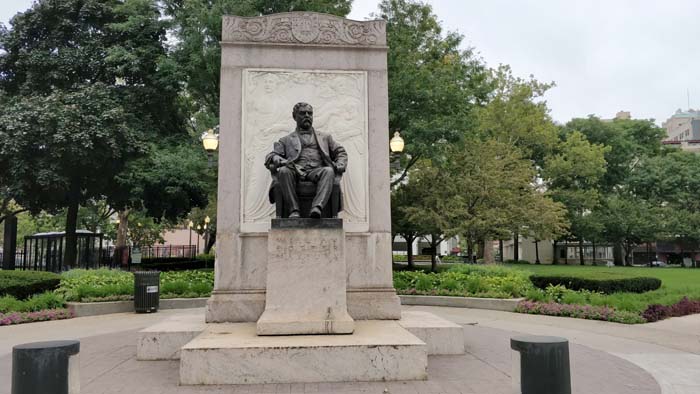 I’m actually back in my room by 10.10 am! I still can’t believe how empty and quiet the streets were. Whatever, I pack up and leave the room by 10.45 am to be confronted by another massive queue at reception. This time it’s to check out. 15 minutes later I finally get to the desk, business concluded, and then go down to the garage. Only to find that the valets are also backed-up, so there’s another delay before my car is brought up. I load up and drive off at 11.20 am. Chicago here I come.

It’s Interstate all the way today and later on I realise I don’t remember much from when I did a lot of today’s route 5 years ago. Today and the next two days are about burning through 1000 miles of road west across America, with little to see or do on the way. I did Chicago in depth 5 years ago and apart from finding a blues club to visit tonight, I have few expectations about the next three days other than enduring them. I expect 5/6/7 hours a day of driving with little to brighten them.

Actually, it wasn’t too bad a drive, just about OK. There were trees lining the route in places, some hills and inclines, it wasn’t straight as an arrow either… but it wasn’t great and it wasn’t totally boring. But then if it’s all like this, I shall probably be mad come Wednesday night. I resolve to just keep my head down, metaphorically of course,  and get on with it.

Into The Windy City

It rained as I entered Chicago today, just as it did 5 years ago. But this weather was much worse though, really heavy rain and thick, low clouds obscuring the skyscrapers of downtown. So I couldn’t see much at all as I drove along the Lake Michigan shoreline. I find the Hotel Versey Days Inn by Wyndham Chicago and pull up outside. It’s 4 pm but there was a time zone change, so equivalent to 5 pm Detroit time.

There is valet parking available at some extortionate cost so I pre-booked a ParkWhiz garage space about 400 yards away. The valet on duty sneers at me when he asks if I want parking service and I reply I’m booked elsewhere. He does assure me I won’t get a ticket or towed if I leave the car there whilst I check-in. Somehow I’m not sure I believe him. But I take the chance anyway.

I check-in, dump the bags at reception and go back out into the pouring rain. First I fill up with gas then drive down N Halstead St to find the two blues clubs I’d researched. They are very close to each other. Next I drive to the garage and park up, then it’s a 5 minute walk back to the hotel. There’s a Trader Joe’s almost opposite – which again I’d found online back in the UK – so I go in to buy tomorrow’s breakfast. Never been in one before but it seems to be a very trendy shop, lots of organic produce, some of it quite expensive. I have to do a bit searching around to get what I need without spending or buying too much, but I manage it in the end.

Back at the hotel there is no fridge so I fill up the ice bucket to keep the food cool tonight. This worked well because there was still some ice left in the morning. I look who’s playing at each blues club later only to discover that B.L.U.E.S is closed tonight, despite some prior info that indicated it was open every night (in fact, as of October 2022, it appears the club has permanently closed). So it’s Kingston Mines then. 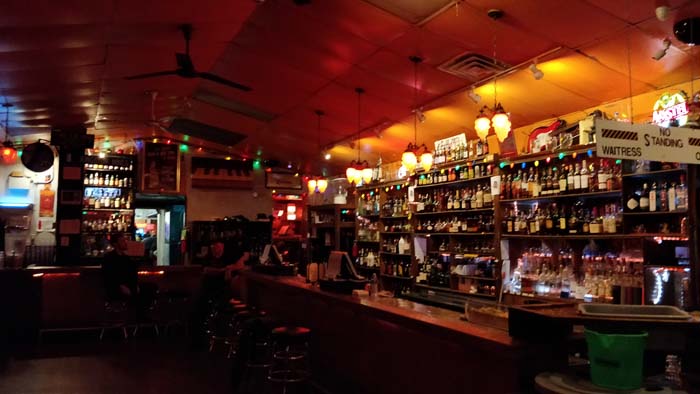 The first band is on stage at 8 pm so I leave the hotel at 7.30 pm, thankfully finding the rain has stopped. On arrival the cover charge is $12, which I think is a bit steep. It’s quiet inside when I get in, not a surprise being so early I guess. The Corey Dennison Band are first up. There was a guy at the bar raving about them before they came on, and they are good. Clearly very competent musicians, good vocals, in fact very polished performers all round. They perform all their own songs, no covers, and whilst they are good, they are not bringing the house down. But then it’s still only 9 pm.

On next in the room next door, where there is another stage, is JW Williams. I saw him and his band support Laretha Weathersby at Blue Chicago in October 2013 on my Highway 61 trip. He’s fronting his band tonight, taking lead vocals. The man has been around too long to put on a bad show, that much is clear. We get Got My Mojo Working, Hoochie Coochie Man and Shake Your Moneymaker along with some more recent songs such as Stevie Wonder’s Higher Ground. There’s a decent crowd in by now and they appreciate the show. JW still also clearly enjoys playing, and it’s a good show. Again though, it’s a bit early for some really soulful blues.

Or maybe it’s the Mines’ rooms. The stages and bar are well-lit, sound is excellent, and the place is is good condition. Even my ribs for dinner were very good although the fries were just tepid rather than hot. Blue Chicago was dark, gritty and full of character. The Mines seems almost a bit ‘corporate’ despite the photos of bluesmen on the walls and some funky graphics. Maybe it’s because they’ve got a small shop selling branded merchandise whereas Blue Chicago had their T-shirts under the bar…

JW finishes his first set and Corey starts up on the other stage straightaway, so we all empty out back into the other room. Corey is as polished as before but the first song descends into an eternal instrumental with him soloing and meandering around the audience. And it just goes on and on. They can clearly play their instruments but Corey and company lack ‘soul’ for me, there’s no earthiness I think real bluesmen have.

So I depart around 10.45 pm and walk the quiet Chicago streets back to the hotel, and straight to bed. 285 miles today, and yet more to come tomorrow.

* Take me back to Chicago by Chicago