Out To Sea To See A Whale

It’s completely cloudy and overcast today and much cooler at 75ºF. The weather will in fact remain like this all day as it turns out, with no sun all day, so there will be no final sunset over the sea. 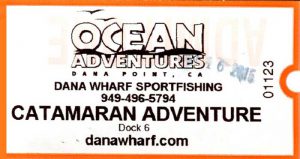 I have breakfast in my room and I then set out for a whale watching trip on the ocean with Dana Wharf Sportfishing and Whale Watching. Except we saw no whales, just a few flying fish and a couple of dolphins from afar. It was a nice trip out to sea though on the boat even with the overcast weather but as the skipper said “Sometimes that’s just Mother Nature for you.” Oh well. Fair do and everyone on the trip got a ticket for another trip – valid for eternity according to the skipper. I knew they did this, and it’s good customer service, but I’d rather have seen a whale or two. 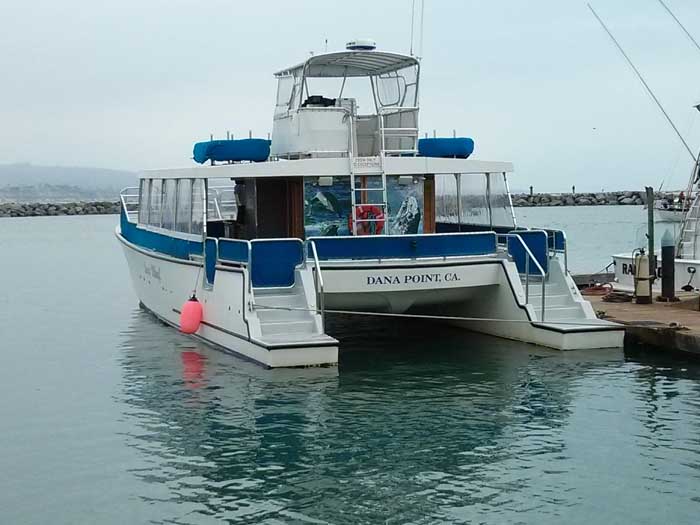 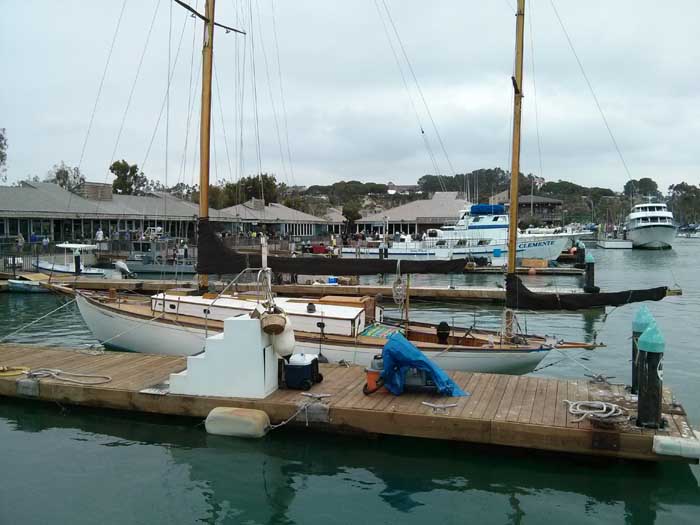 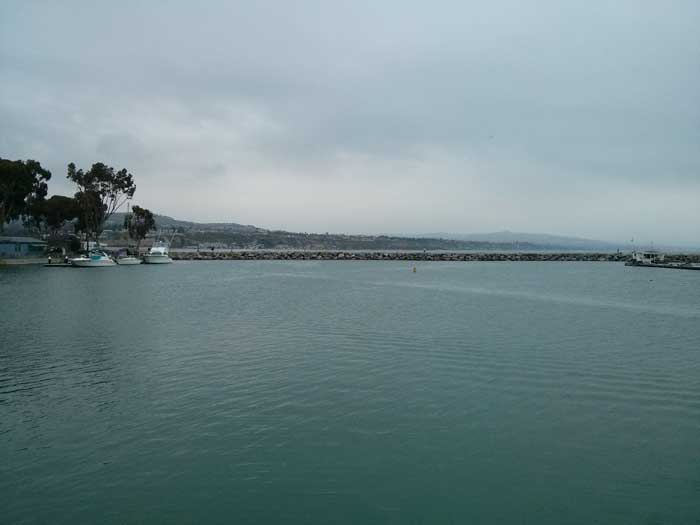 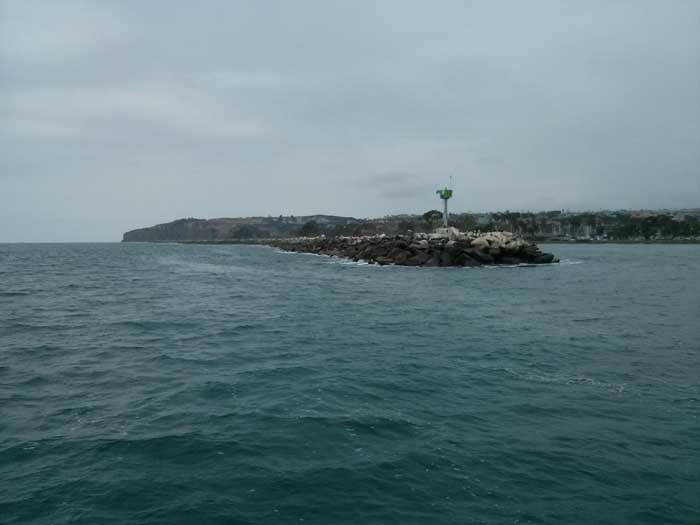 Back on dry land and my sinus trouble is giving me serious grief today. The spray is not working and I can’t think straight. It’s only 1.30 pm and I consider where I might go next for the rest of the day. I am concerned however about driving anywhere of any distance because I think my concentration is poor, the sinuses are affecting me that much. I find a Ralph’s supermarket near the harbour to grab a sandwich and drive slowly & carefully down to the coast road just past the hotel to eat whilst looking out to sea. I then drive slowly along the coast road up to San Clemente, stop and re-consider what to do. I think to myself that I’m really not up for driving. I wonder if it’s a bad head cold or even flu coming on, and not just blocked sinuses.

After spotting a CVS pharmacy over the street I drive over and go to consult the pharmacist. She’s extremely helpful and suggests the cause might have been the repeated cycle of extreme heat when outside the car followed by the car’s cold aircon playing havoc with my immune system. In other words, my body was rapidly heating up then cooling down multiple times as I repeatedly stopped earlier in the week to view the sights, which she explained could affect the body’s immune system. So it might be a cold, or an allergy – she told me she’d never had allergies before moving to California a few years ago but after moving here the different climate set off all sorts things with her. She didn’t want to give me any medicine that could make me drowsy – I told her I was on a road trip with a tight schedule of almost daily driving – but said I just wanted to relieve the sinus pressure and blocked-up feeling. She told me the best thing was to go and rest but did recommend some sinus relief tablets, which I bought. So I decided to head back to the hotel and chill out in the hope that tomorrow will bring some relief.

So during the rest of the afternoon in the hotel room I start to plan out next Wednesday when I’ll visit some Napa wineries, so not completely wasted time. I decide I’ll suffer the hotel restaurant later just so I don’t have to drive anywhere. I’d checked the menu earlier and it wasn’t too expensive plus there were a couple of things that looked OK. Time passes and at 8 pm I go down to the restaurant and find that the place is empty apart from one couple and a guy at the bar. The latter then proceeds to completely ignore me when I also sit at the bar, he just plays with his smartphone all the time. I don’t: I sit and watch sports on TV. 10 minutes later the barman says something to Mr Miserable, he replies, and then resumes playing on his phone. 20 or even 10 years ago this guy would have struck up a conversation, even a simple “where are you from?”, because I’d ordered food and drink by now and it’s obvious I’m not a Yank. Anyway, he leaves after eating his burger. I have a pizza, which is good but far too loaded – which I tell the chef when he wanders behind the bar – the taste was nice but typical US style, too much of everything. But that’s what they’re used to and so it’s what’s served up. I finish about two-thirds of it and realise that my sinuses seem a bit better. The sports finish on TV so I head back up to my room for a nightcap and bedtime.

Thoughts On The Pacific Coast Highway

As per previous comments the DoubleTree Suites by Hilton Doheny Beach in Dana Point is over-priced for what it offers and the sea view, which costs extra, is not very good. Don’t stay there. I wouldn’t again.

So tomorrow I will drive north to get me, eventually, back to San Francisco in a week’s time. And what of the Pacific Coast Highway? It’s not what I expected, and that’s a good thing. The variety of driving experiences that Highway 1 delivers is amazing: from wild countryside to urban landscapes; from 2 lane blacktop to 4, 6 and 8 lane freeways; windy and twisty (and near-dangerous in places) roads to flat, straight as an arrow freeway; from no traffic lights for miles to a set every 100 yards. And lots of other road variations in between. I don’t think anything will ever match the Big Sur section for stunning, beautiful scenery, although 17 Mile Drive pushes it close. Nor, for the opposite reasons, the section of “Hell” through LA. But that’s the point of a road trip, isn’t? Into the unknown, to see and experience new things, places and situations. Overall, it’s been brilliant and I’ve loved it. If you ever get the chance, you must drive the PCH once in your lifetime. Now for phase two!