Back In San Jose 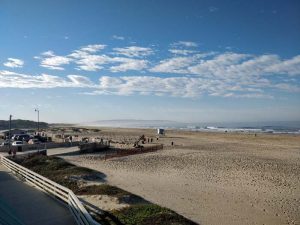 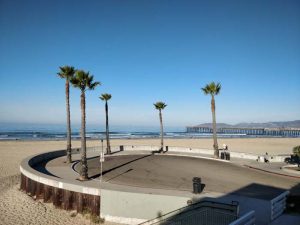 I breakfast on my balcony overlooking the beach, which is good start to the day. The hotel is good, expensive of course per its location, but you only live once. 😉

After checking out I drive out of town and onto Hwy 101 N again. There’s some nice scenery to start with but it soon flattens out albeit tracked by some mountains on my left. After 180 miles or so, and about 3 hours later, I arrive in Santa Cruz. Just north of Salinas I had left Hwy 101 then drove north-west on CA-129 W before re-joining CA-1 N again, aka the PCH. There was bad traffic congestion on the outskirts to Santa Cruz. 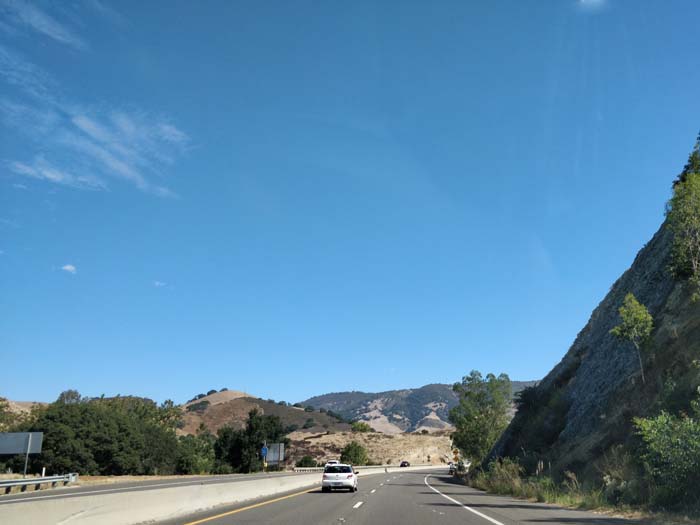 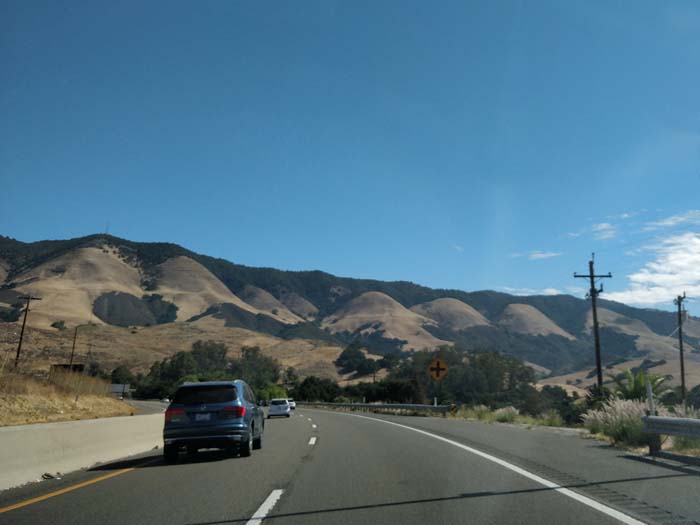 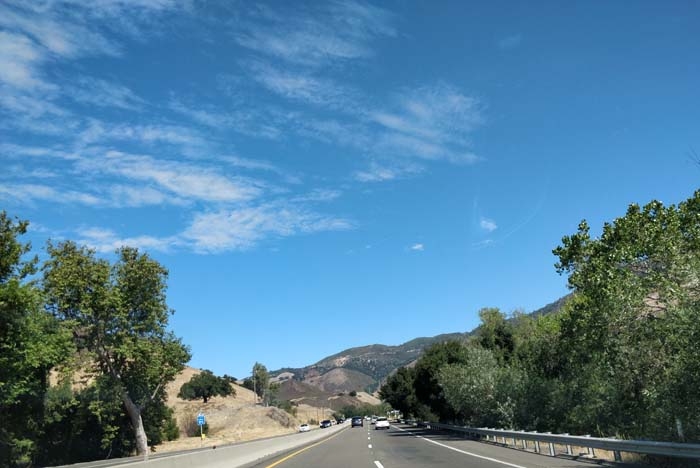 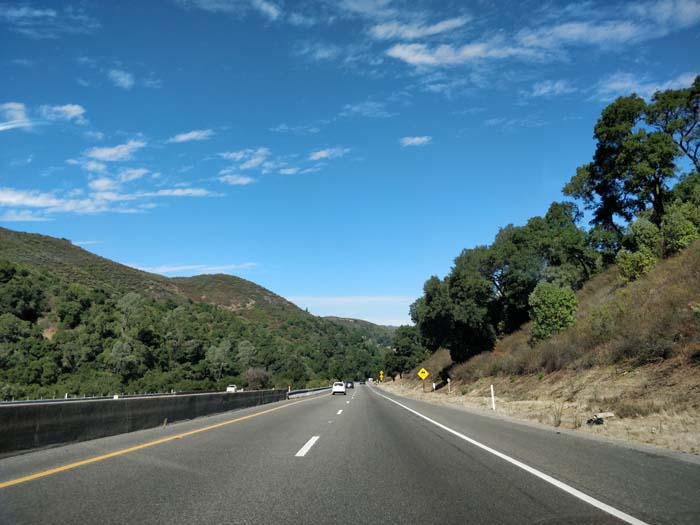 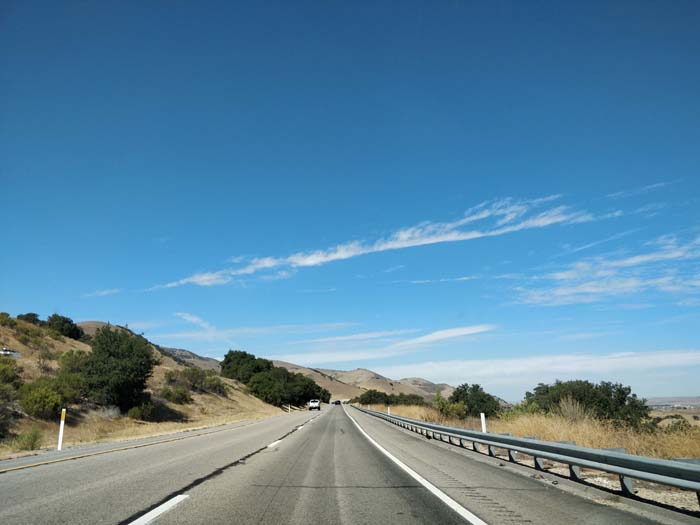 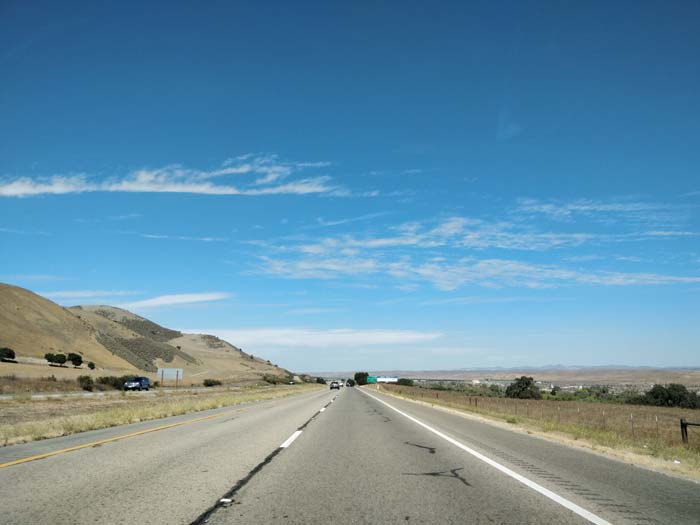 I thought the Boardwalk and Pier in Santa Cruz was a good place to stop for a driving break and some lunch. I remembered a place on the Pier from the PCH trip that served fresh seafood in pots, and thought I’d try that. When I did the PCH the Boardwalk was closed up as it was mid-week, or at least none of the rides were operating. A few food outlets were open, but not many.

Today, it’s the weekend and it’s very warm and sunny. And the Boardwalk is buzzing with lots of people of all ages. Surprisingly the beach and its volleyball courts are not that busy. Anyway, I walk along and enjoy the atmosphere on the Boardwalk, then head towards the Pier. I also remember from last time that it was so hot I was sweating just from walking along in the sun. Today, it’s verging on ‘hot’ but not so much that I ‘boil over’. It’s just about right for a stroll in the sun. 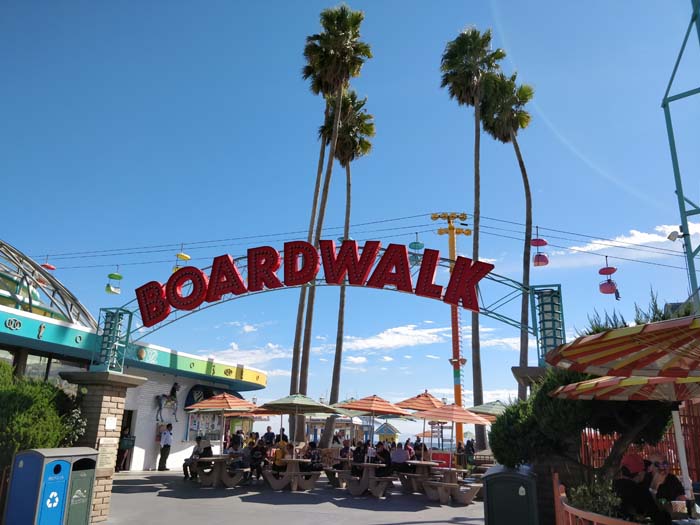 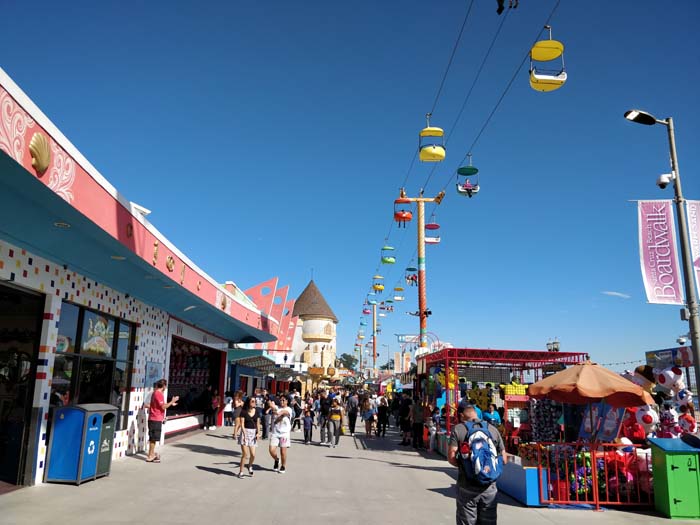 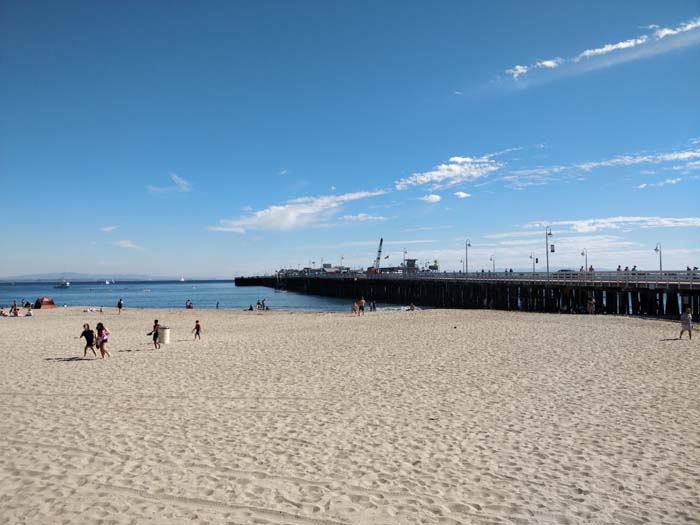 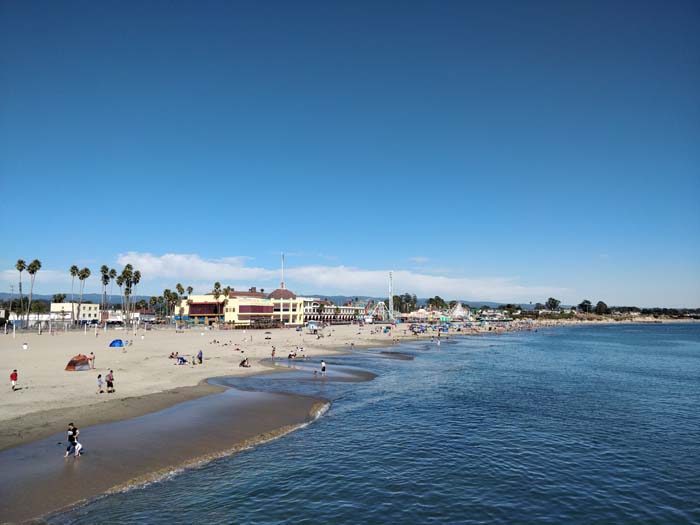 Along the Pier, I find the seafood place nearly at the end. I order a large pot of shrimps but whilst they were very good, it was a bit too much food. I just about finished it. The mango smoothie probably wasn’t the best drink to go with shrimps, but I fancied it so what the hell… and it was nice.

Lunch break over, I walk back to the car and hit the road again. San Jose here I come. CA-17, the Santa Cruz Highway, from Santa Cruz to San Jose is a wild drive. Twisty, uphill, and fast. Recently laid asphalt makes it a great experience. Yet it’s somewhat scary as well because there is heavy traffic and the speed is high. Good concentration definitely needed. I have long dumped the Rt 66 app and been relying on Google Maps since leaving Santa Monica.

These are pre-planned routes and my problems with Android Auto in previous years have now been overcome. I get to go where and when I want! The trick, worth repeating, is to build as many stops into a route as possible to prevent Maps re-routing you. Somehow however it still tries to mess you up. On the way out of Malibu the routing was going haywire, telling me to turn around and go south, ignoring a stop I’d programmed that was only a few miles ahead. I ignored Maps because I knew where I was going.

Back in the real world Hwy 17 grinds to a halt and Maps indicates a red road for miles ahead. In other words, stationary traffic. It then offers a diversion off Hwy 17. I’m unsure at first but see one or two other cars taking the road coming up on the right, so I take the detour onto Old Santa Cruz Highway. It turns out to be a wonderful long and twisty drive through woods and it eventually leads me back onto Hwy 17. There’s still bit of slow moving traffic on the highway, although no sign of any accident. Then about a mile up the road after re-joining we start moving freely again.

I found out before leaving the UK that the Safeway store I used in San Jose to buy my breakfast in had recently closed. It’s a long story, but the root cause was a greedy property developer. I’m in a different hotel this year than previous visits, some distance from that Safeway (because the old hotel is closed for a refurbish), so I probably wouldn’t have used it anyway. But it had become like a welcoming friend to me over the past few years as I stocked up on my breakfasts when seeing the 49ers. I even got to know where everything was on the shelves! I shall miss it. Progress, eh?

In looking for a replacement, there were no grocery stores near the hotel that I could see. So using Maps I searched for food stores and found another Safeway located on my route into San Jose. I had programmed a stop into today’s route and I’m directed there without issue. This store is a proper superstore: the downtown one was a small, city center store. There’s lots of choice when I browse inside, so breakfast secured, I hop back in the car and carry on with my route to the Hotel de Anza.

I knew the valet parking at the hotel was $36 a night. I’d also checked ParkWhiz and there was nothing around the hotel. So I ask the valet if there are any parking garages nearby. No, he replies. Fatal mistake, boy. First however, on check-in it turns out I did not fully look at the room rates per night. I knew the total was high – it’s central downtown San Jose after all – but tomorrow night’s rate is 50% higher than tonight. Why, I ask. “It’s business rates during the week.” And I’m here for a Monday Night Football game. Oh well, can’t do anything about it now.

I then ask the lady receptionist about parking. She says the valet will keep the car outside the hotel but when those spaces outside fill up, the valet will move my car to a nearby garage. “Which one?” I ask. The San Pedro Market Parking Garage just down the street, where she also tells me I can park the car for $20 a night. It’s two blocks down. She’s even got a map where she indicates where the garage is. Huh? No nearby garages, Mr Valet? Liar.

So the deal is that valet (or hotel in reality) will pay the $20 charge but they are basically charging me $16 for the valet to drive my car to the garage and walk the 400 yards back. No thanks. So I put my bags in the room then go back down and take my car to the garage. On the way back I check out the bars in San Pedro Square. I choose to visit The Britannia Arms tonight and probably O’Flaherty’s Irish Pub tomorrow after the game.

I hit The Britannia Arms later around 8 pm. As an aside, the Poor House Bistro closes early on a Sunday at 6 pm, hence not going there tonight. Whilst the food – wings again, because I fancied them – and bar were OK, there’s no chat. The wings were good but again way too big. There’s a guy of Asian heritage to my immediate left but he speaks not a word to me all night. After about 30 minutes he suddenly sparks into life with the barman, talking some gamer-like crap. He’s obviously a geek who can’t make normal talk. The barman looks totally bemused by this and moves away. The geek shuts up.

About 5 minutes later some woman – heavily tattooed, fat and a bit weird looking – four seats down says something out loud, to which the geek says: “I was just about to leave but I think I’ll sit next to you.” Which, amazingly, and without an invite, he proceeds to do. I then overhear some stilted conversation but it doesn’t seem to get him anywhere. I ignore them. Next time I look in their direction, the geek has left but the weird lady is still there chatting to her mate. God knows what the geek thought of in moving to sit next to her.

I’ve had enough and depart at 10.15 pm. It was a good day on the road but not a particularly enjoyable evening in ‘The Brit’. What a difference from last Sunday in RelicRoad… I go to bed hoping for a better night tomorrow, my last of the trip.